No mud, no lotus!

It was the meditation cushion that destroyed my family. Or at least this is how my mom explained why she left my father when I was only two and my sister one year old: „While I was working and you cried, this man was sitting on his cushion doing nothing.“

34 years later I travel in an overly cooled down local train through Southwestern France to do exactly this: Sit on a cushion and do nothing while the world around me is falling apart. Villages who’s real live appearance doesn’t quite match the extravagance of their names on wine bottles pass by. Saint-Émilion, Château Margaux. But I’m not in the mood for champagne.

A sudden tempest gives the appropriate exposition to the drama I see in front of me. Tons of water smashing against the train windows, hellish black and yellow cloud formations over the oh so idyllic vineyards. Does it really have to be as Shakespearean? Yes, it does, cries my broken heart. After years and years of struggling – new jobs, new cities, new countries, new beginnings, new failures, lost friendships and lost loves – I’m finally done. I’m ready to sit with my misery, look at it and do nothing about it.

And to be honest: It scares the hell out of me. Yes, I’ve been meditating for quite some time now, I accomplished the full eight weeks training of „Mindfulness Based Stress Reduction“, I even survived a ten days silent meditation retreat. But a buddhist monastery? Getting up at 5 in the morning, sitting stony-faced until your legs are numb, kitchen service and nowhere to run when you hit rock-bottom? What on earth have I signed up for?

One hour and a silent bus-shuttle later I stand in front of an old, run-down French Farmhouse. Plum Village – New Hamlet the sign says. Drenched and with twenty kilos on my back I jump over the enormous puddle in the gateway. Crossing the cobblestoned courtyard I feel the fear suddenly falling off my chest. Just from the short interaction with the helpers and novices who welcomed us at the train station it is so obvious that Plum Village has nothing to do with the monasteries I grew up with attending a catholic prep school led by nuns and Jesuits. Such kind and open eyes, such a grounded calmness to take a sip of tea before the caravan of shuttle busses carefully, but not too slowly drives us through the rain. And no unnecessary small talk bothering the exhausted newbies in the back. It’s really like one of the Plum Village sentences I will learn later: „I feel safe. I am home.“

„Paradise is here on earth.“ In Plum Village this needs no explanation.

One week later I had laughed more than probably the entire year before. I laughed with Sister „Peace“ at six o’clock in the morning when she was making a fool of herself to motivate these forty tired westerners to move their stiff limbs. I giggled with Sister „Generosity“ during the first cooking presentation who was so shy she could barely speak. I bubbled with laughter with three tiny novices in the garden who where jumping like goats to pick cherries and mulberries from the trees. I exchanged grateful smiles with a Scottish healer during walking meditation when we all stood in the high grass on top of a hill overlooking the breathtaking landscape.

„Georges Brassens“ under the temple bell.

I smirked when we sang those simple Plum Village songs that I found ridiculously childish at first, but soon so comforting they softened my heart. I chuckled when a „Georges Brassens“ look-and-sound-a-like entertained the crowed gathered under the Temple Bell. I roared with laughter when I jammed with a shamanic-inspired American who before Plum Village I would have called a „crazy cat lady“. My loudest laughs probably came from the volleyball court where a bunch of tall, trained Europeans and me tried and failed to beat these small, but incredibly agile vietnamese nuns.

Believe it or not: I actually got up with joy at five every morning. I learned to appreciate the stillness of the early hours as much as the Buddha’s forgiving glance over my body when I napped in the temple after lunch. I never slept better than in this converted barn with it’s light stone walls, one painted dark red, the groaning woodwork over me and of course the golden Buddha watching over me. From afar I hear some dish-washing sounds, scraps of conversation in the garden. But I’m fully muffled in a cloud of warm red light, incense and loving kindness. This is how I must have felt in my mother’s womb. Before my dad was „only sitting on a cushion doing nothing“.

Singing under the rainbow: Our „Toilet group“ after receiving the Five Mindfulness Teachings.

I was lucky enough to be part of the „Toilet cleaning and Watering Plants Group“. Yes, we did have to clean all the toilets – „mindfully“ – but we were thankful for the almost daily morning rain discharging us of our second duty to water the garden. But thanks to the „toilet group“ I met the most interesting people and heard the most surprising, sometimes disturbing life stories: A girl from Hong Kong overcame her childhood abuse with meditation and mindfulness, a sweet Irish cook teaches underprivileged London kids how to prepare veggies, a polish-french senior manager quit her job to walk the Road to Santiago, a cool Korean TV-journalist laughing her heart out when she can’t find the English word she is looking for. And a smart, radiant lawyer from New Zealand writing her PhD about human rights violations in Myanmar who back in Berlin became one of my dearest friends.

Our group preparing Banh Xéo for the final cooking competition.

As the week was advertised as a „Mindful Vietnamese Cooking Retreat“ most of us came for the food. Actually, „temple food“ is a big thing in high-end restaurants in New York and Tokio today. Hot stews, curries and Banh Xéo, these vietnamese pancakes stuffed with dozens of herbs, veggies and salad marinated in several secret sauces are served and billed as sacred secrets on white table cloth. We got it all for free. It was delicious and we now know how to cook it by ourselves.

But of course the food was only the excuse to draw us to the practice. We not only sat, walked and ate in silence, we sang, we relaxed, we exercised and most importantly we breathed consciously. In – I have arrived. Out – I am home. And we learned to eat mindfully, contemplating where the ingredients come from, what it took to grow them, put them together and cook them. And of course really focussing on the precise taste, texture and temperature of the food. How much work and love must have gone into this pot of unsweetened porridge? That was a real revelation for me. I wish I would do this more often at home.

The hardest day, though, was „lazy day“ when you are not supposed to do anything. No plans, no goals, no „musts“. No distractions, not even reading. Just be with yourself – even when you are in company – and enjoy every precious moment. For me this was the moment my „misery“ snug back into my mind. I began to ponder about the job I was to begin back in Berlin, how this would not lead to anything again, how I still hadn’t finished that book I wanted to write and how I was not gonna solve any of my problems by just eating mindfully.

Right in the midst of my stomping through the muddy grass the rain sets in again. With a grim face I settle underneath the big needle beams where it’s still dry.  A wooden sign with one of Thich Nhat Than’s teachings catches my eyes: No mud, no lotus! How right! Thich Nhat Than, the Vietnamese Zenmaster and founder of Plum Village, had been in the deepest mud one can only imagine.

Something to stumble over when you stomp through the mud.

During the Vietnam War he protested against his government, marched besides Martin Luther King and grew a community fighting with peaceful means like mindfulness and loving kindness. He got kicked out of his country for that and lived in exile until just recently. Yet, he is the most forgiving, kind and joyful person I have ever seen. For him the mud is not just mud. He sees the humus in it nourishing the beautiful lotus flower growing out of it. But you cannot force it to grow, it will do it by itself. You only have to plant the seed, water it and be patient. Meanwhile you can try to enjoy the moment and play some volleyball with the nuns.

My dad knew all this already 34 years ago. Him sitting on his cushion „doing nothing“ was his way to stop the spiral of sorrow and negative thinking. He needed the break to be more present for us children and his ever working wife. So in the end, it wasn’t the meditation cushion that destroyed our family. It could even have saved us if my mom would have given it a chance.

PS:  A calligraphy „No mud, no lotus“ written by Thich Nhat Than hangs over my desk while I write this. For his birthday I gave my dad a similar calligraphy. It says „Run as a river.“ 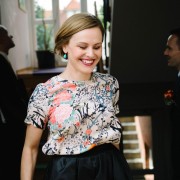 We would love to hear your comments Cancel reply